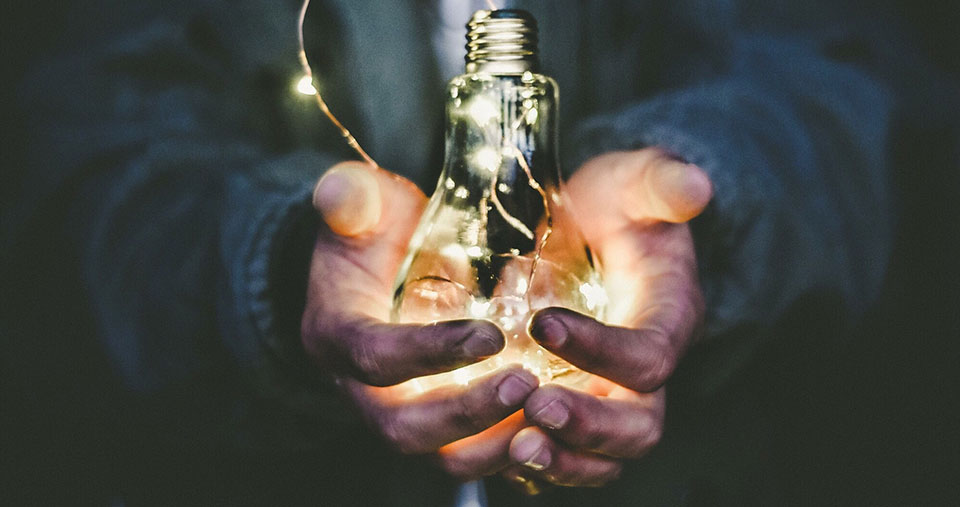 I was attending a Marketing lecture at university and the teacher was giving us feedback from recruiters about students’ preparation. He stated that students are considered highly skilled in technical subjects but he also had to give prominence with emphasis to a lack of sense of leadership in decision-making processes.
The practical experience helped me to understand better the reasons behind this statement and I connected the dots with the relationship with the self-discipline. What happens is that when we start in a working environment we expect that the mentor tells us how to do something and how we have to complete the task. If that were the case, they would not need to hire. Mentors have to provide us with the sense of purpose of the organization. In front of the new challenge, we tend to rely on the knowledge considering that we would have already acquired by that moment, so we feel unprepared if do not know how to proceed. If we think that having an unreachable vision in mind is utopist, we do worse thinking that we can always have all the knowledge we need ready and available.
In this case, the problem is not in the lack of knowledge but in the lack of method.That is precisely what the recruiters complain of: lack of attributes. As I visualize it, the matter is that there is an interruption in the chain of leadership: we do not know where to look at, our eyes are lost (without a vision).
The model of self-learning discussed previously, is also method building.
Leadership then, is something that borns within us. We tend to think that leadership is something related to guide a team, and it is true but too generic. Firstly, the sense of leadership has to be found within us and we can practice even being alone through the exercise of developing a method based on our own way of finding paths and alternatives to reach a result. This way, we will be ready in front of a new challenge that represents the unknown. Once that we are experienced with a method and we have faith in it, we can continue to the leadership chain.

Training at Bosch can also mean having the chance to attend e-Talks as part of the Smart Learning Experience initiative. One of these talks particularly caught my attention:  the “Manager danteschi with Massimiliano Finazzer Flory” e-Talk. During the event, Mr. Finazzer shared some insights from the Divine Comedy with regard to a managerial perspective.
Dante gave me the best definition of Leadership letting me visualising the concept in Canto XXII, Purgatorio: the poet Stazio explains his path to redemption. He states that it was Virgilio to show him the way through what he wrote in IV Egloga. Dante reports:

Thou didst as he who walketh in the night,
Who bears his light behind, which helps him not,
But wary makes the persons after him,

How powerful is that? Needless to say it is just beautiful to visualise it, this representation condenses all the necessary elements to define a leader: someone who offers the light to see at others while is walking in the unknown. Since a leader has nobody else to follow, what does it drive he/she? A vision does. By offering the light to see at others the leader, in turn, lets them to follow the vision.
If the vision is the key element that gives a sense of direction, it does not show the road. The road is unknown by definition. We must accept that we move into unclear territory. The leader who walks in the night enlightening the road to others has to have faith in the method deriving the next step to take with consciousness and be ready to react when road shows up with its unpredictability. The process of taking the next step into the unknown is done through the concept of hypothesis. Armed with these elements an individual gain the self-belief required to be proactive in front of the unknown. This is hard work, and everything valuable comes without a price tag. The “price” I am referring to at this point, it is the risk we are called to assume when we set the hypothesis.
If self-belief is the ability to feel comfortable in front of the unknown, Dante masterfully gives explanation another time. In Inferno XIV, vv. 94-120, Virgilio describes a statue of an enormous colossus, emerging from the side of Mount Ida in Crete. The statue’s back faces Egypt, heretofore the world’s dominant society, and looks to Rome. It has a head of gold, arms and breast made of silver, bronze abdomen and thighs, and iron legs. His right foot, upon which he rests most of his weight, is made of crumbling, kiln baked clay. Each part of him, except the gold, is cracked and  from these cracks there are tears that drip.
The Old Man of Crete depicts in my head a flawless representation of the key elements I discussed.  I will give my personal interpretation. He is represented on an island, giving that sense of isolation we feel in front of tough challenges of life, surrounded by the sea, the unknown.
He is represented in a mountain which with its enormous mass represents the “the world on his shoulders”, which give me that sense of responsibility: the mass is not literally on his shoulder so he is not stuck or pressed. The mountain wraps the statue: likewise responsibility, you can either be conscious that you have all of it on your head or avoid it, regardless of the fact that it is there.
The man is old, which represents to me the experience in the sense of the course of time: we cannot control it, but with a certain degree of freedom, we can engage in trying to build a valuable experience or just let the things go “firefighting” the events of life as they come.
Statue’s pose is crucial as well. The facing of its back to Egypt and looking straight to Rome is a geographical poignant metaphor for someone who was living in Greece: the past behind, a steady gaze at the future, the unknown, the next challenge.
Cracks are like wounds: do you remember the risk we assume in our hypothesis decision making process?  Many times, we go wrong unfortunately and in this case, actualised risk hurts us. The only way to prevent this event is to do nothing. Who makes, also makes mistakes: the reward comes with the lessons we learn from those mistakes.
I base my materials interpretation on their value: the gold head is the most valuable element of the body, it is where the purpose borns, the seat of consciousness that will drive the man to act. It is the only element of the body that is not cracked, meaning that integrity of intellect has to be maintained.
Just after, the arms and breast made of silver: the arms are literally the tools men use to realise the deeds based on value-based intentions conceived in head.
The abdomen and thighs are central elements of the human body and provide stability as well as flexibility at the same time: bronze with his hardness but also, with malleability, represents the sense of adaptation a man needs in the occurrence of many different circumstances.
Iron legs represent the means of moving, they are what we use to create motion and have to be strong.
In a continuous state of change, being able to move toward is a way to try to prevent slipping back phenomenon.
This figurative representation of the human being rests on kiln baked clay, according to the human fragility nevertheless of how someone can be powerful.
I will not give my interpretation of the tears. I outraged Dante’s opera enough by now.

As The Old Man of Crete steadfastly looks at the future, we can do the same with self-belief when we look at the next challenge like the digital transformation in manufacturing, space exploration, medicine or whatever.
I wanted to give a student perspective on students’ lack of attributes and I wrote this article as an exercise of responsibility to share what I saw combining studying and an experience in a great company.
Working aligned with the company vision let me sense the difference between working for a target where the requirements are the ones of the next exam or project. Living immersed in human-based complex system where I had not only to be a good student but also a serious learner, a self-assessor and the requirements come both from inside (mentor, your responsible, sponsor and system needs) and outside (customers, market expectations).
Everything has to start within us, to then be able to contribute in such a complex system.
At each cycle, every contribution builds a self-learning system in return.